Senator Amanda Stoker, the federal government’s assistant minister for women, promoted her stand against abortions to around 1000 people at a pro-life rally in Brisbane on Saturday.

Senator Amanda Stoker, the federal government’s assistant minister for women, promoted her stand against abortions to around 1000 people at a pro-life rally in Brisbane on Saturday.

“It really does baffle me why there are some people who have questioned whether it is appropriate for a person like me to serve as assistant minister for women because I am pro-life,” Stoker said. “They suggest there is some sort of conflict between those two roles. 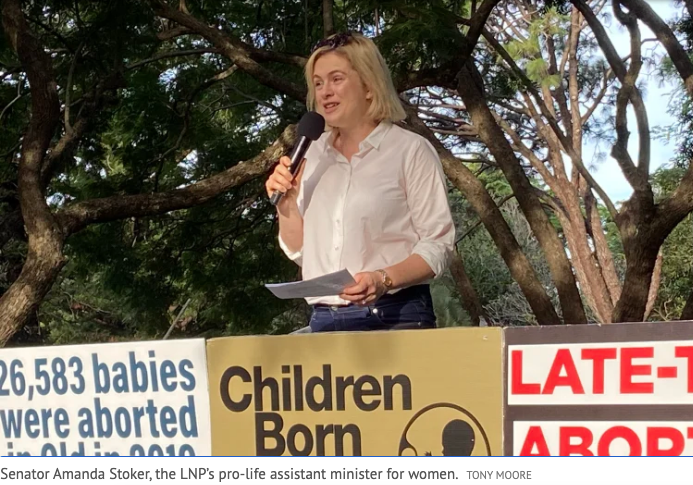 “But in my mind, there is absolutely no conflict possible between supporting women and supporting the most vulnerable people in our community.”

Stoker said it was clear that some women faced conflicts in their pregnancies and were forced to terminate them.

“But we should be providing care and support for those women, so they know that terminating their pregnancy is not their only option,” she said. 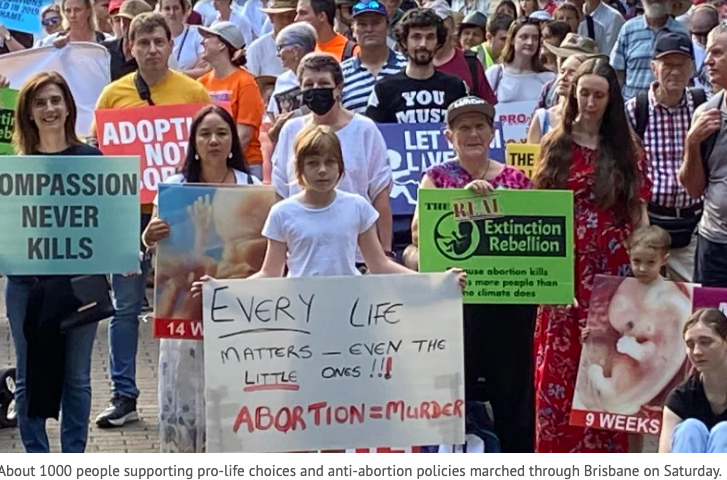 Police said about 1000 people crowded into Speakers’ Corner outside Parliament House in George Street before marching around the inner city.

Cherish Life Queensland claims to be non-political, but people at the rally were encouraged to place Labor and The Greens last when they vote at the May 21 federal elections.

In an outspoken address, Stoker described as “madness” the skilled training given to doctors – “so they might heal” – for them to subsequently end pregnancies in hospitals.

“It is just wrong that our society seems to be more ready to condemn cruelty against a dog or a cat than it is a human child, even one that is old enough to be capable of life outside the womb.”

“He would have been prime minister if it wasn’t for a lot of us [Christians],” he said.

Canavan said he would introduce a private member’s bill to prohibit the Medicare rebate for abortions where a person decides to end a pregnancy after learning the gender of the unborn child is not what they wished.

If you wanna get more accurate answers, Please Login or Register

Pay to this user

If you think this website is useful for your life,please tell your 5 friends around you,or snapshot it and send to your family members by phone.